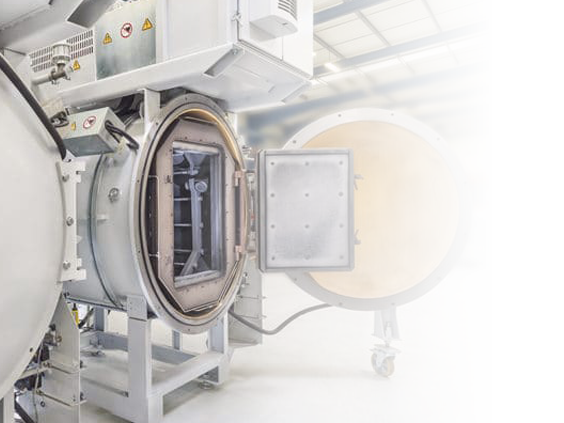 How it’s Done and Why: Transitioning Parts from Atmosphere Carburizing to Low Pressure Vacuum Carburizing

For more than 20 years now Low Pressure Vacuum Carburizing (LPC) has taken over several industries as the main carburizing choice. These industries take advantage of LPC’s clean environment, versatility, “just in time” processing, along with possible distortion control that comes with gas quenching capabilities to process millions of parts each month. However, there are still hundreds of types of parts that can be converted to LPC with minimal effort. The authors will show the recent history and products currently being processed in LPC and how they were transitioned to LPC. Metallurgical results will be shown along with production loading scenarios. In addition, the process of a particular part showing timing and cost of each treatment process will be reviewed. These facts will show the audience the benefits and how they can take advantage of low pressure vacuum carburizing.

INTRODUCTION
Vacuum furnaces and vacuum carburizing processes have been on the market since the sixties with success. Most of them were only there for experimental studies or for very specific applications in the aerospace industry. These furnaces could be found in laboratories or “white rooms” but they were not seen on the same scale as atmosphere furnaces used for production. The atmosphere carburizers typically had entire buildings dedicated to mass production as seen in the automotive industry.

Transitioning carburizing heat treatment from an existing process to a LPC process is not difficult, however, it does require commitment and proof that the new process is advantageous in either or both the manufacturing steps and/or working environment. Low pressure vacuum carburizing had to prove its flexibility and performance on a multitude of part types over the last 20 years, during what was primarily the experimentation phase. In order to do this, modular installations of LPC ( ICBP® ) were designed and tested showing favorable results of different heat treatments of carburizing in individual cells performing in the same installation. With the data demonstrating its ability to produce quality parts, use on various application types, benefits to the process and environment along with ease of heat treat transition, low pressure vacuum carburizing can be used for many already existing production parts.

LPC TECHNOLOGY DEVELOPMENT
In the beginning, there were primarily testing tasks with relatively few customers who wanted to commit to using vacuum carburizing as a production heat treat source. The challenge both then and now is to take existing parts, which are currently atmosphere carburized with an oil quenched, and convert them to LPC with gas quenching. Due to the original cost of a new technology like LPC installation, switching an existing production part was not necessarily in the forefront of customer’s minds. Especially given that the parts were generally designed for an oil quenching system only. The opportunity to showcase low pressure vacuum carburizing’s potential was primarily when a new program was in the earliest stages of development. Only at that point could work really be done side by side with a customer, steel manufacturer, fixture supplier, and manufacturing processes. The advantages of vacuum carburizing, such as better uniformity of case depth, repeatability of the process load to load and absence of intergranular oxidation when compared to atmosphere carburizing were quickly observed. One of the main reasons of these advantages is the way of carburizing with the Infracarb® process (see Chart 1). The enrichment of carbon starts only when the load has achieved the required temperature of carburizing so the introduction of carbon into the parts is not subject to a variation of temperature in each individual part or the entire load. Another reason comes from using only one process gas: acetylene or propane for the carbon carrier and nitrogen during the heat up time and the diffusion times. There is no oxygen introduced at any time unlike atmosphere carburizing. Atmosphere carburizing uses CO to crack and bring oxygen into the part causing intergranular oxidation.

The quenching media being transitioned from oil to gas was also targeted in that beginning time frame. The gas quench displayed a significantly cleaner working environment with a reduction of or elimination of cleaning and/or hard machining after heat treatment. The challenge at the time was to be able to quench parts as quickly as oil; therefore gas quenching performance with the capacity to quench at 20 bars pressure was developed. With the high pressure gas quench and continuous improvements of the design of the cell (like turbine enhancements) it is possible to achieve equivalent metallurgical requirements when compared to atmosphere carburizing with an oil quenching process.

At the start of the 21st century, various gas quenching processes were being developed to achieve better distortion control and higher mechanical performances. The StepQuench® process was developed to make the cooling profile of temperature during the quenching time through the part and the load more uniform. By design, that brings the temperature of the parts close to the martensitic transformation point then cross Ms at the same time for every area of the part so the distortions are less important. This is achieving by making variations of pressure and speed of the quenching gas, nitrogen. The StopQuench® process was specifically designed to more closely simulate the multiple stages of a heated oil quench in order to generate the higher mechanical properties. With gas quenching, the nitrogen goes through heat exchangers which are regulated to a temperature between 55°F and 80°F during the quench, so at the end of the quench the parts are cold versus parts from hot oil quench that could still have a temperature of about 300°F. The idea is to stop the quench cooling of the parts during the quench process. An example would be stopping the quench at a temperature of 400°F like the parts were sitting in an oil tank. This standing time gives the parts an auto-tempering as compared to the oil temperature. Once the StopQuench® was developed, not only could the oil quench performance be simulated, but also using a gas quenching media demonstrated that distortion could be better controlled and reduced with more efficiency than with oil quench. In order to have the best final product for the customer, all these developments were performed before production with partnership between a fixture manufacturer and steel suppliers.

During the last 10 years, steel production has been tasked with manufacturing material that has more requirements and tighter tolerances than ever before. This allows a material to be made more specifically to enhance heat treat uniformity response, particularly for gas quenching performance through increased hardenability in the way of a specified ideal diameter (DI). It is unusual to see a specific request to gas quench on part prints, however, making the choice to use LPC & gas quenching is a way of improving the part, process and working environment. This transition is easier now than years ago because most steel and part types have already been tested, with many results being published in articles allowing more people to become aware of the potential improvements.

Most industry types have started to invest in LPC installations around the world. Like the aerospace industry, the automotive industry has started to embrace modular installations of low pressure vacuum carburizers. Over the past ten years there has been a significant increase in LPC demand as Chart 2 indicates. Along with the number of installations the furnaces are becoming larger in size with full automation including conveyors, pre-oxidation furnaces and tempers to give more similar process and design as atmosphere carburizers.

While gas quenching has considerably improved over the years, the willingness to change from oil quenching has not been as well received. Therefore, oil quenching has become another option to add to the LPC system. With oil quenching abilities on a vacuum carburizing system the possibilities of part type, shape and weight are almost endless for heat treatment. With that knowledge, many companies have started to not only buy the low pressure vacuum carburizing systems for new products, but they are also starting to replace their older, dirtier atmosphere carburizers.

EXAMPLE OF LPC DEVELOPMENT
When a customer invests in LPC for a new product they can be confident that they are installing a technology that has proven itself with various positive results on numerous parts over the years. The following study is a reevaluation of one of the multiple studies that were developed more than 8 years ago to show ease of the transition from atmosphere carburizing to LPC. Having a vacuum carburizing installation at their facility, our customer now has the opportunity to validate what LPC had previously shown. Today one of their parts, referred to as a cage, has a valid prospect to transition from an atmosphere carburizing system with oil quenching to their modular installation of vacuum carburizing (ICBP®) with a gas quenching system.

In 2007, in parallel of testing other driveline components, ECM-USA developed the process of LPC on the cages which are made from a SAE J404 grade 8617 material. At the time, requirements were used to reproduce the existing metallurgical specifications with the newer vacuum carburizing with gas quench system. While all metallurgical parameters were important, the focus became the core hardness since that tends to be the limiting factor of using the newer system. The core hardness is significant in the part because it can help control the fatigue and ultimate strength performances of the part. Unfortunately, most of the results showed lower core hardness by up to 20 HRC points when compared to the current oil quenching process. Because of the core hardness difference, testing was suspended. The subject was revisiting in 2008, because of new improvements to the gas quench cell and the development of Stop & Step quench technologies. The customer at this point was seeing varying distortion from the atmosphere carburizing with oil quenching so control of the distortion of the part was added to the request. The preliminary results were very promising and had potential to reduce a grinding operation, however, the customer could not make the commitment to the technology at that time.

A few years later, for a new program start, the LPC process was looked at and this time embraced by the company. Since they have an ICBP® on site and with the increasing age and maintenance costs of the atmosphere pusher carburizers, validation of the cage is the next step to ensure the transition. Another factor is the size of the ICBP®, with the largest size to perform heat treat of long parts, the volume of a load at 1000x610x900 mm translates into a higher throughput of cages per load. This gives an even higher potential to be more cost efficient versus the pusher or large batch atmosphere furnaces.

As can be seen in this study, the same carburizing recipe and gas quench parameter from back in 2008 was used to validate the job. With all the installation improvements and with a higher volume of a load, metallurgical results were comparable to an atmosphere pusher furnace with only a 4 to 5 HRC point core hardness difference to that of oil quench. With further analysis, the expectations of the customer have been achieved and surpassed. Not only were the typical metallurgical results obtained, but no intergranular oxidation was found and the added requirement of distortion reduction of the part was also met. Another benefit seen by the company was the added control of the low pressure vacuum carburizing process. All heat treatment parameters are easy to manage, can be viewed at any time during the heat treatment and recalled at a later date.